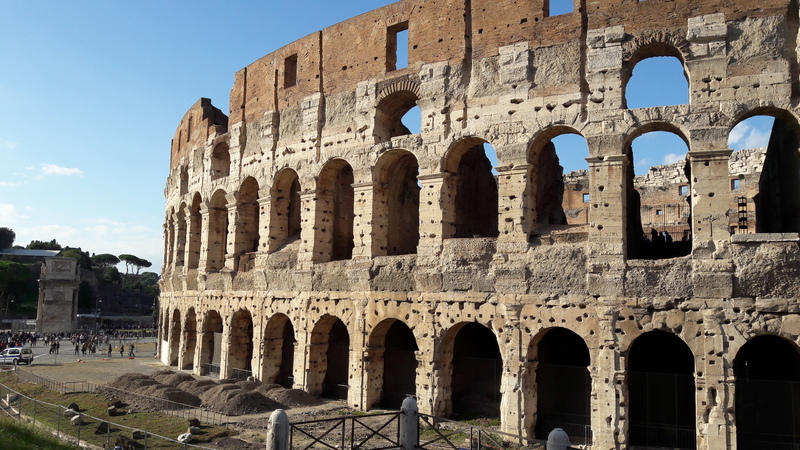 Hosmer's biographer Culkin comments on Rome and its significance for Cushman and her social network: "While there had always been a concern that expatriate artists would become corrupted in Europe, now there was a sense that "expatriation was a failure of courage, even a form of treason." [Sofer, Making the "America of Art": Cultural Nationalism and Nineteenth-Century Women Writers (Ohio State UP 2005), 179] Artists could justify a temporary stay in Europe to study, but not permanent residence. […] Her contemporaries in Rome also struggled to make their way in a new world. Although Edmonia Lewis found success at the Centennial, her fortunes faded to the point that scholars have not been able to identify her death date or find her grave" (Culkin 133)

Jackson supports this idea of Italy and Rome being the center of an US-American artist community: "Italy had been attractive to American painters and sculptors since the early years of the nineteenth century and a haven for them since at least the mid-1820s, when Horatio Greenough settled in Rome to pursue his work" (78), "there was a large presence - mostly Americans, who had few facilities for study at home, but also representatives of other nationalities. They socialized as well as worked. Guidebooks for toursists pointed out artsts' studios, and they were visited and the artists commissioned by their countrymen. It was in Rome in the mid-1850s that the first generation of American female scupltors was born. Following the lead of the male sculptors, women who were interested in working in the medium gravitated to Italy, where they could get the anatomy instruction and nurde modeling denied them at home. They congregated around the Spanish Steps in Rome. [...] Overseeing the 'Marmorean flock' – acting as a kind of den mother – was the celebrated American actress Charlotte Cushman (1816-1876), who in 1852 personally brought to Rome perhaps the most gifted of the American women sculptors, young Harriet Hosmer (1830-1908). The women fared as well as the men sculptors in Rome, though they had discrimination and general derision to combat. They attracted patronage and notoriety, especially the boyish, vivacious Hosmer, with her short hair, beret, and Zouave trousers" (79-80)

Pier Paolo Racioppi (2018) argues that Rome constituted a source of inspiration for sculptures that were sold to the North American elite who visited Rome (113). The seclusion of US American artists resulted from a lack of expatriate professional institutions such as the Villa Medici (French), Villa Malta (German), and Palazzo Venezia (Austrian) consituted; additionally, the US Americans lacked integration into local professional networks such as the Società degli Amatori e Cultori, which is why the US American artists largely relied on foreign reports and informal, oral publicity by their customers and compatriots (Racioppi 123-125).

"America's first great actress, Charlotte Cushman, played a central role in the creation of a network of expatriated American women artists in Italy in the 1850s, 60s, and 70s" (Parrott 305)

Parrott wrote an interesting article about Cushman's 'networking' in Italy:


Pier Paolo Racioppi observes that US American artists lacked professional networks (and venues) compared to other expatriate artist communities living in Rome. Artists like Hosmer, Story, and Stebbins made a living by selling to US American visitors in Rome. Their status and work was mostly promoted by US Americans (Racioppi 125).