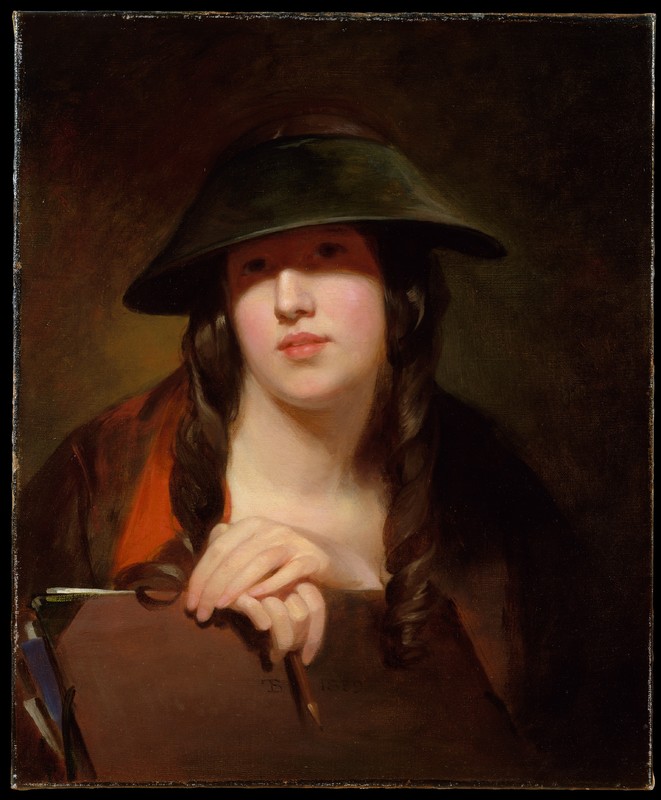 Rosalie and Charlotte are in a relationship from 1843 until 1845. Rosalie is the daughter of Thomas Sully who once painted the actress. She dies on July 8, 1847, in Philadelphia.

Merrill classifies Charlotte's relationship with Sully not as close as the relationship Charlotte establishes with Eliza Cook (141).


Leach thinks of their relationship as a Victorian friendship that may have been a bit more intense than 'usual':
"Probably through Fanny Kemble's insistence, Charlotte made her way to the portrait studio of Thomas Sully, cousin of Pierce Butler. […] Much as Sully's brush flattered, Charlotte's time in his studio brought even happier resulty. His family welcomed her as one of their own. A friendship with his daughters, Blanche and Rosalie, brought her almost daily to the Sully house. […] Between them soon flowed an intuitional understanding. The hope of friendship that had so attracted Charlotte to Fanny Kemble and the interest that had brightened so many of her mornings with Annie Brewster now became almost totally centered on the young woman whom she would soon call "beloved." Charlotte's diary – one never intended for publication – details the progress of the profound attachment. […] The affection between them sustained Charlotte through a difficult spring and summer. Receipts at the Walnut dropped steadily; […] Charlotte's vague diary notations and an inference in one of Rosalie's letters suggest an affectionate regard between them that was not universally approved, though the written endearments that passed between them said nothing that might not have appeared in any number of Victorian expressions of female friendship. Elizabeth Barrett liberally sprinkled her letters to Mary Russell Mitford with such endearments as "Love me, Miss Mitford." And many of Jane Welsh Carlyle's letters to various women sound no less oddly romantic to a later age." (Leach 113-114)

"Like Annie Brewster and Rosalie Sully, young women in England found in Charlotte a strong attraction. […] For Vistorian girls such a young woman held unique interest, a kind of wish fulfillment. That she could amuse and entertain only strengthened her hold, a bond that did not always please Charlotte herself. Two years her junior, Eliza Cook soon became a constant companion. And in that fact centered a buzz of comment that eventually reached Philadelphia. Charlotte's diary for May 10 carries the cryptic results, "Letter from Rose, breaking my heart." Rosalie's letter of May 11 brought further tears. "Oh forgive me, dear Charlotte, and believe me when I tell you again and again that my love for you remains firm and unshaken spite of all the cruel reports that are circulated against you." Parted for two years, they must drag along a wretched existence until time proved to the world Charlotte's innocence. Charlotte must remain assured that "I am as fondly yours as ever I was the 6th of July last – that pledge I still wear." Since her departure, the bracelet had never been unclasped. […] Cruel or not, the reports surrounding her friendship with Eliza Cook did little to lighten the social pressures upon her. […] If wanting the family with her in England had something to do with a desire to cancel the difficult rumors, it also had much to do with a flowing heart" (Leach 157-158)