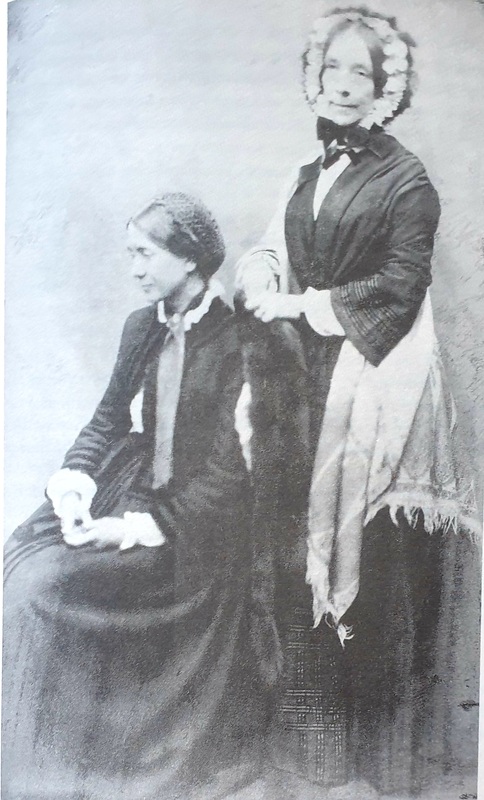 She writes several novels, among which Half Sisters (1848) is her most famous one. It comments on Victorian society and gender norms. The character Bianca, an actress who is half Italian, is said to be loosely based on Charlotte Cushman with whom Jewsbury is temporarily in a passionate relationship. Both meet in Manchester for the first time and are introduced to each other by their mutual friend Mary Howitt.
Starting in the 1840s, Jewsbury enters an intimate relationship with Jane Welsh Carlyle, to whom she once writes:
"how can people sell their souls for the sake of furniture and respectability?" (February 19, 1842; Source) Carlyle advises Jewsbury to destroy her letters after Carlyle's death.
Jewsbury's correspondence and secondary sources characterize the writer as a passionate, jealous, and talented woman.

Lisa Merrill comments that Jewsbury was very fond of Charlotte Cushman playing Bianca in Fazio (139-140). Merrill states that Bianca in Half Sister is "largely" (85) based on Cushman. The scandal surrounding Jewsbury's first novel Zoe (indecency accusations) "helped the sale and Geraldine became a lioness" (Woolf 16).

Jewsbury "smoked publicly and wore male clothes in London" (Daniele 15). In her essay "Geraldine and Jane," Virgina Woolf writes that "Geraldine was fond of swearing" and "very small and yet boyish, very ugly, yet attractive" (10).

In terms of Jewsbury's and Jane Carlyle's relationship, Woolf speaks of "intimate friend[s]" and "emotional friendship" (20). The Orlando project states that they "developed a passionate and life-long intimate relationship." After Carlyle's death, Jewsbury "went to live at Sevenoaks. She lived there alone for twenty-two years. It is said that she lost her vivacity. She wrote no more books. Cancer attacked her and she suffered much. On her death-bed she began tearing up Jane's letters, as Jane had wished, and she had destroyed all but one before she died. Thus, just as her life negan in obscurity, so it ends in obscurity. We know her only for a few years in the middle" (Woolf 22-23).

Lillian Faderman also comments on Jewsbury's and Carlyle's relationship: "Geraldine craved a Llangollen-like existence with Jane, which was unattainable, even if Jane had wished it, since she was legally and socially tied to her husband. […] It appears that Geralidne had heterosexual relationships, but she often informed Jane that they were insignificant compared with her love for Jane […]. Jane was usually furious over these heterosexual attachments, minor as they were, But although it was sometimes stormy, the love between the two continued for more than twenty-five years until jane's death in 1866. [...] While Geraldine had not husband to discourage her efforts, she had the world. However, she believed that the world was slowly changing, and that women of the intellectual caliber of herself and Jane were making it change. But their great tragedy was that the world had not yet changed enough–they were New Women before the era of the New Woman" (Surpassing the Love of Men 164-5).